Haines Does a Grocery Price Check 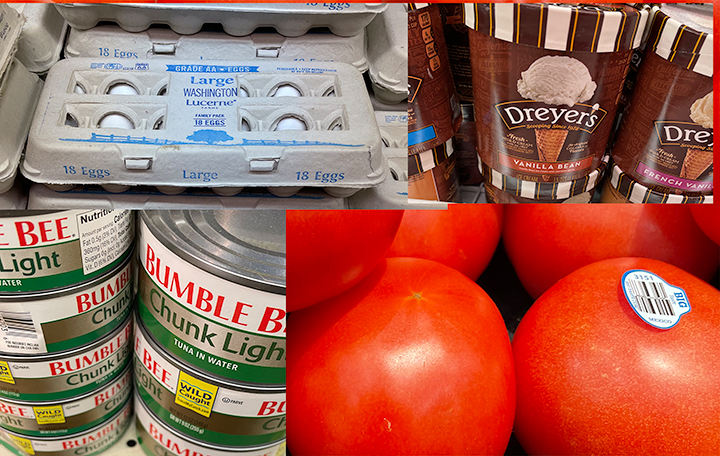 I had a chance to follow up with my initial story in March of 2021 report on the prices charged at the grocery stores in Juneau. I went to each store I compared prices of what seemed to be staples to the American shopping bag. In all more than 20 items constituted the final list that was compared. I compared just the grocery stores and not the bulk sellers like Costco. So in Juneau that left 4 grocery stores; Safeway, Fred Meyer, Foodland, and SuperBear.

The results of that survey can be found in the preceding stories and a follow up to that study we did last month to see if inflation had hit Juneau. Yes it had. Like economic Covid, inflation has spread to Alaska and there was no economic mask available to prevent it. We saw a 6% rise in prices and that was spot on with the national average. Fred Meyer was the cheapest place to buy groceries and Safeway was the most expensive.

So I have come to Haines this winter to live and it is wonderful place filled with beauty everywhere you look. The people are wonderful as well. It’s a hard place to be single but that’s another story.

Haines has two main stores and a large health food store. Juneau has a health food store as well and I will eventually include it, but did not in the original story. All three of the stores are easy usual walking distance from each other which is quite different from the way the own is spread out. Most Haines homes are a distance out from each other and you usually can’t see your neighbor. All three groceries seem to thriving and full of customers. For a small town that is great news. The three that we visited here were Oleruds, IGA on Main Street, and Mountain Market the health food store.

I found each store was friendly and at each store the service was outstanding. Each store was part of the community and you could see them displaying their participation in local events. Haines is lucky to have all three in their community.

I took the same items that I used in Juneau and gave each store a rundown on prices. As Sargent Friday used to say ‘Just the facts mam’m” This is what we found.

Mountain market health foods obviously had some items that were not available in regular grocery store (ground buffalo) but did have quite a few items not found in the others. Krueg cups are not environmentally sound and cannot be found in a health food store. If you want to buy your food natural and politically correct, it is no surprise that you are going to pay a little more. In Haines the cost of a bag was 32% more than it cost at Fred Meyers. For the other two stores it was slightly cheaper. IGA was the cheaper of the two by $8. Total bag bill-$124 for Oleruds to $117 for IGA. The difference was in rice and potatoes. If that’s all you need IGA is your store.

There was surprisingly a lot of items priced differently and if you compared prices and went to each store to buy the cheapest item, you would find price drops at each store and pay less overall. An example would be tuna fish. You can buy ethically caught tuna by the can cheaper at Mountain Market than any where else in Haines.

The most expensive item everywhere is milk. If only I had a cow! It was $3.89 a gallon in Juneau and if we are lucky enough to have it in Haines both grocery stores were selling it $6.49 / gallon. It was over $8 at the Mountain Market for “happy cow” milk. This is most likely a transportation issue but that is not confirmed.

Haines people grow and harvest their own food so are not so dependent on the grocery stores, but it is certainly nice to know that you can run to town to get hamburger when you run out of moose in the freezer!